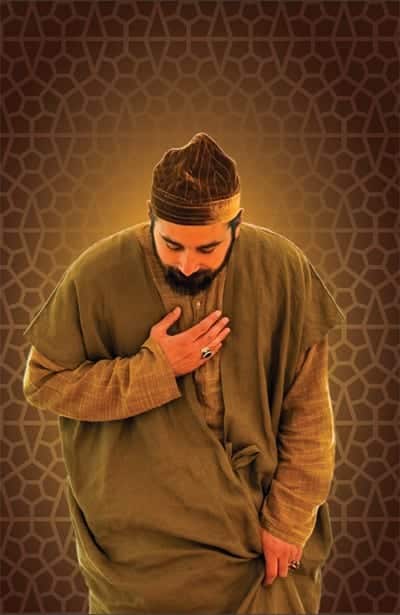 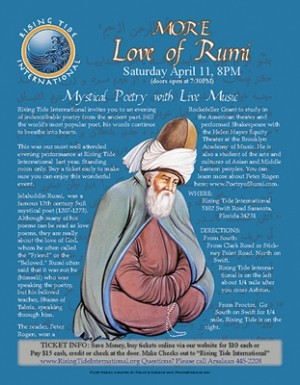 At Empowered Marketing we strive to do create designs that truly serve the intended purpose. In that regard we take pride in embedding our designs with authenticity even if it takes extra effort. While these are all examples related to the sufi path (or Sufi Path if you prefer) there are many other examples in my work.

This poster was created for a poetry and music event featuring poetry readings. As I was pondering what the poster should include I decided to make a classic portrayal of Rumi (in the public domain) the focal point. As I looked at the design I decided that it would be nice to add something else and with the help of a Rumi enthusiast I was able to obtain a copy of “The Song of the Reed” written in Persian. If you look closely you will see the “The Song of the Reed” in the background of the poster. If you are interested in what the poem is about click here: Translations.

Makam: Modal Practice In Turkish Art Music was originally published in 1986. The original cover is shown here at left. In 2008, my client (who obtained the right to republish the book in 2008) asked me to help with a new cover design because the book was not selling well.

If you are unfamiliar with whirling dervishes, this is what they look like (at left). Whirling is a moving meditation in remembrance of God. At right you’ll see the new book cover. They say “never judge a book by its cover” but because we are human it’s hard to avoid doing that. This turned out to be true in this case. The new cover led to a dramatic increase in sales in spite of being about a relatively obscure subject. 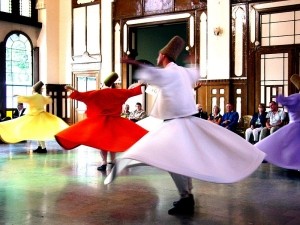 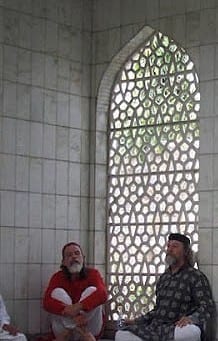 In 2011 I had the pleasure of working for the Sufi Order International and they requested that I create a thank you card design for their donors. I have always admired Middle Eastern geometric patterns and as a graphic artist I love creating infinitely repeating patterns. So for the thank you card I decided to include a geometric pattern from the tomb (Dargah) of Hazrat Inayat Khan. At right you can see a photo showing the pattern.

The thank you card also features Pir Zia–the grandson of Hazrat Inayat Khan with the pattern behind him and a “glow” or halo around him. There are many intended symbolic references: